Now that the 21st Century is in full swing, it seems an appropriate time to take a look at how fashion has been progressing for both men & women.

The Little Black Dress is now the standard item of clothing for males, whereas for females it customary to wear a Black or Grey Trouser Suits, as seen in the following four images below. 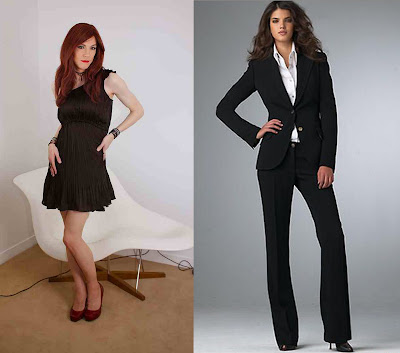 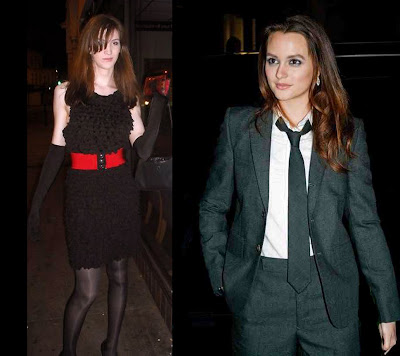 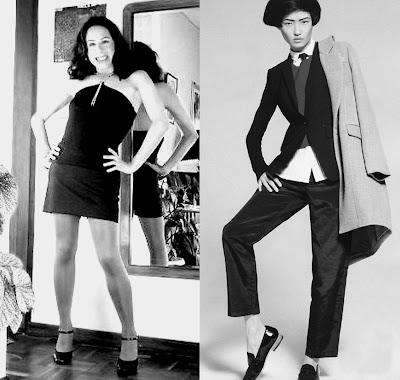 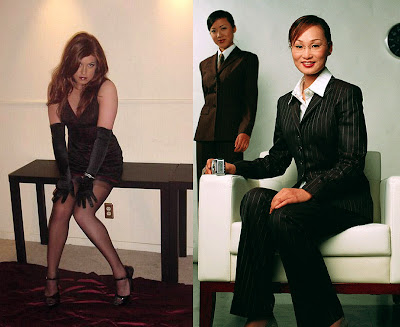 Of course some males opt for other colours than black, or sometimes a longer kind of dress, as seen in the following two images. 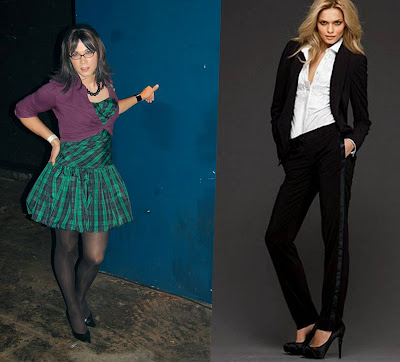 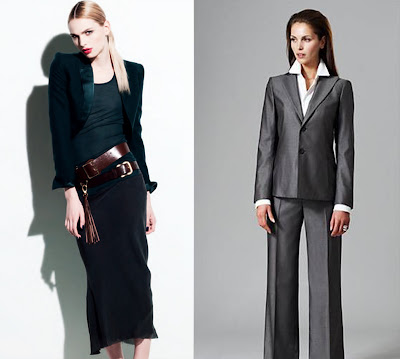 In the office, the Little Black Dress is customary for secretaries, (who are only males these days, as you well know.) It is not uncommon for men to wear breast forms whilst at work to please their female employers, as seen in the image below. 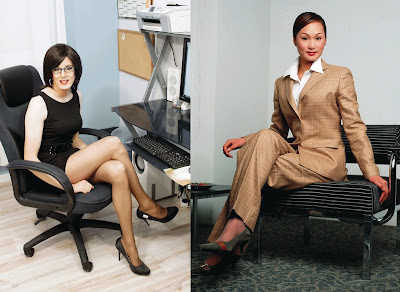 Although some men also prefer to wear Skirt Suits whilst in the office, whereas women generally wear pinstripe suits whilst working their highly paid jobs, as in the following image. 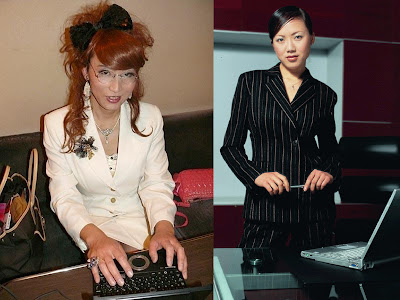 If you don't work in an office, it is customary for men to wear Bunny Type Outfits whilst selling make-up to other men, whereas women wear sports clothes, as below. 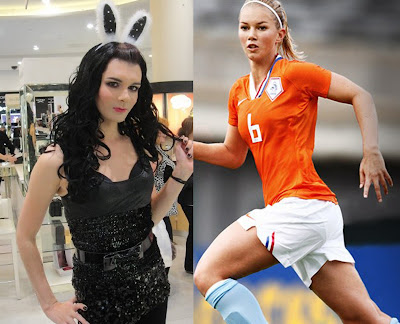 Here are a couple a couple of examples of the types of clothes men and women wear in the winter. 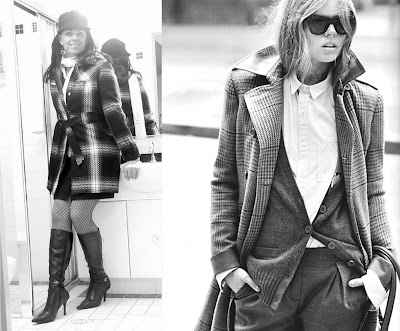 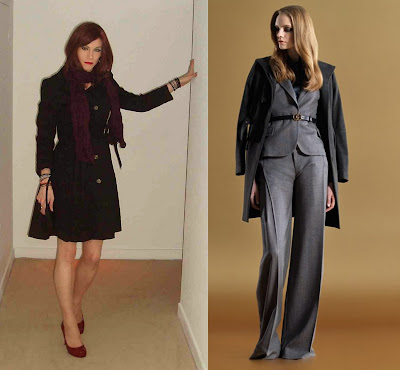 Whilst partying it is customary for men to wear long or frilly dresses and for women to wear more casual and practical Trouser Suits, as in the following two images. 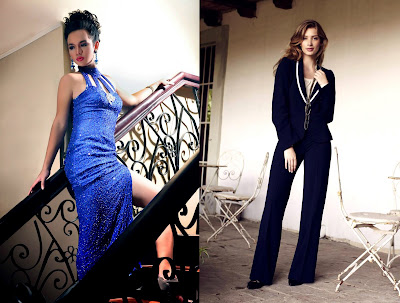 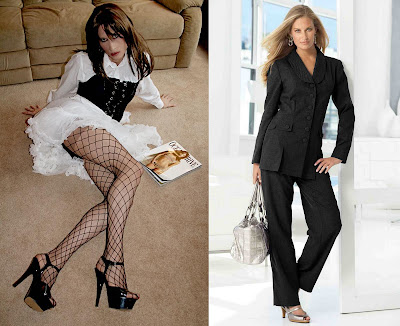 Casual-wear for men & women in the 21st Century looks like the following four images. 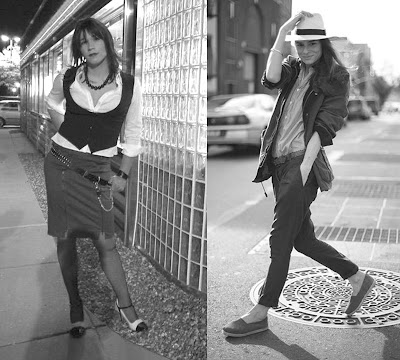 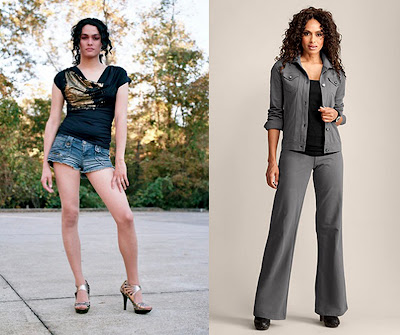 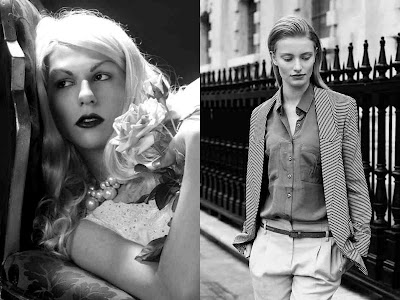 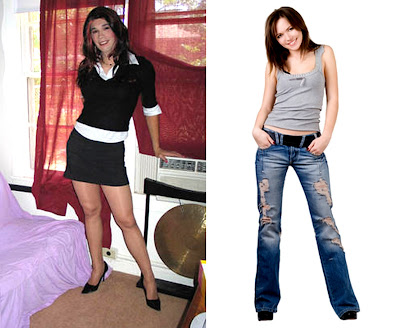 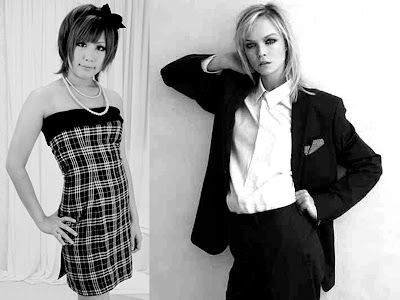 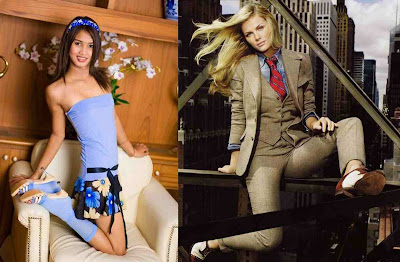 And the final image is my favourite. Here is a 21st Century Couple, about to get it on. 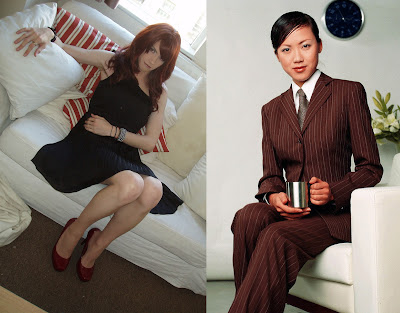